The Bob Semple tank was 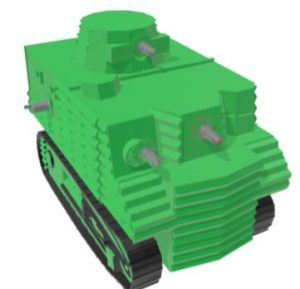 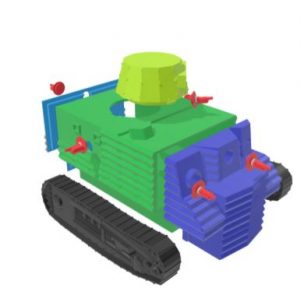 designed by New Zealand Minister of Works Bob Semple during World War II. Originating out of the need to build military hardware from available materials, the tank was built from corrugated iron on a tractor base. Designed and built during a period of uncertainty in which New Zealand feared having to defend itself from Japanese invasion without external assistance, these tanks were a civilian effort to design and create a means to protect New Zealand.

Designed and built without formal plans or blueprints, it had numerous design flaws and practical difficulties, and was never put into mass production or used in combat. A contender for worst tank of WW2, maybe a little harsh but there is no denying its flaws or ingenuity. A curiosity indeed.

I like Uhu glue for assembly. Dennis prefers plastic weld.

There are no reviews yet.

Only logged in customers who have purchased this product may leave a review.